The VXS ‘VME-bus switched serial’ crate is the new ANSI / VITA 41 standard which combines the 32-bit parallel VME bus with a high-speed switched serial bus in order to increase the bandwidth to several Gb / s. It defines an interconnected network of  I / O ports switched in series with differential signals connected point to point.

A switch card has a 6U / 160 mm format and has a new connector layout. There are 5 MultiGig P1 – P5 high speed connectors which are not compatible with the VME P1 / P2. A1 – A2 and K1 – K2 connectors are used for card alignment while a last PWR1 connector will be used for power.

The ‘payload’ cards have P1 and P2 connectors for the VME64x bus and a new P0 connector for the high-speed switched serial bus. The ‘payload’ cards can use the VME buses or the switched serial bus either alone, or both at the same time. P1 and P2 are 160 pin, 5 row connectors (see VME64x). The mechanics of the cards comply with the IEEE 1101.10 standard (improvement of  EMC / ESD criteria). P0 has pairs of differential links, single links and GND links. 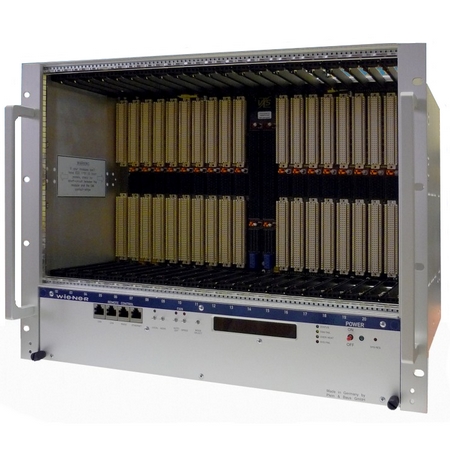 The mechanical bin allows the insertion of 6U cards at the front and 3U cards 80/120/160 and 220 mm of depth at the rear via P2 / J2. The power supply is positioned above the rear transition cage, where the 3U cards are housed.The fan tray allows a well distributed ventilation with a standard block of 3 fans that are active only on the front boards. The fan tray is always equipped with RS232, Ethernet and CANbus interfaces allowing the control of powers, voltages, currents, as well as temperatures.

The power supply is available in 3U and 6U sizes depending on the power requested. Thanks to the DC bus architecture distributing energy to DC / DC converters, all voltages + 5 VDC, +/- 12 VDC, + 3.3 VDC and + 48 VDC specific to the VME64x standard can be reproduced for powers from 1500 W to 3700 W. 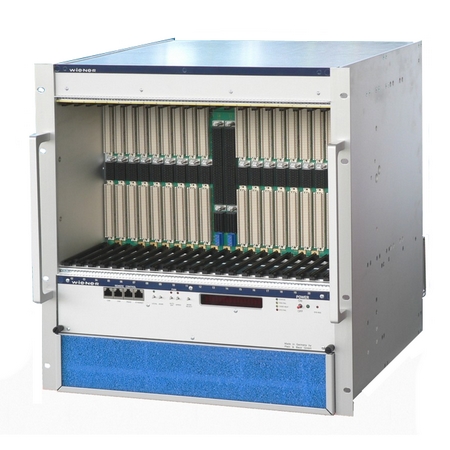 The VXS 6023-JL crate is the second VXS model that we offer. It is a 21 slot crate equipped with a VXS backplane identical to the previous one. The UEP 6021 power supply (6000 series) and the model UEL 6020 fan tray are also the same, only the bin is different.

The power supply of the VXS crate is limited to a footprint of 3U for a distributed power going beyond 2000 W.